The stores had their usual array of FIGHTS and chaos on Black Friday . . . which is probably why so many of us stayed home and just bought everything online.

According to Adobe Analytics, we spent a total of $7.4 BILLION online on Black Friday, which is the highest total ever.  That works out to an average of $168-per-person, which is up about 6% from last year.

And if you haven’t seen enough Black Friday shopper insanity yet, then here’s a collection of clips for you.

The “highlights” include a scrum of women fighting, people crawling over each other at a store’s entrance . . . and someone on the second floor of a mall losing their wig, and the shoppers below trying to throw it back up to them.

Do You Make Plans with No Intention of Actually Keeping Them?→ 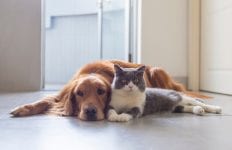 Cats and Dogs Can Remember Things That Happened Years Ago→