1.  Netflix got a bunch of other companies to make sex jokes on Twitter.

2.  JOHN STAMOS helped a guy propose to his girlfriend at Disney World.

To assist with an engagement anywhere is an honor, but at @waltdisneyworld right as the fireworks began? That’s magical! Congrats kids!

3.  ANGELINA JOLIE went to a play in London, and one of the actors actually had a tattoo of her face on his arm.  When they met backstage, she wrote her autograph underneath it, so he can get it permanently tattooed.

Today in WHAT IS MY LIFE, the beautiful Angelina Jolie came to Dear Evan Hansen. I showed her my tattoo of her, done by the wonderful @courtneylloydtattoos and she loved it, SIGNED IT, kissed me on the cheek and said she would be back to see my Evan show. I will never recover from this. Thanks to @nicoleraquel_d @lucy_anderson.1, @howveryhannah & @courtneyjstapes for the pics and for making me speak to her 😭❤️ #DearEvanHansen #AngelinaJolie

(To be honest, it doesn’t look like a terribly good likeness.  But Angelina seemed happy to do it.)

4.  IAN MCKELLEN has always been a dog person, but after appearing in the upcoming “Cats” movie, and seeing the final cut, he says he’s a convert.

A confession: I've never been a fan of cats. Dogs for me every time, to look at and be friends with. But I've just seen the final cut of the imminent "CATS" movie and I'm a convert. Read more … pic.twitter.com/LEK0hVPp8O

5.  The Houston Texans dressed up like characters from the movie “Dodgeball” before their game against the Denver Broncos.  (Maybe they should have taken things more seriously . . . the Broncos pulled off a big upset.)

6.  HAILEY BIEBER’s cat really doesn’t want her to use her laptop.  (Here’s another video.)

7.  MILEY CYRUS got two new tattoos:  The word “Freedom” on the back of her hand, and an actual note of encouragement she once got from YOKO ONO on her shoulder.

I’m proud of you, yoko Hand written note to @mileycyrus from @yokoonoofficial what a special tattoo for you Miley! I was honored to tattoo this for you! #singleneedle #delicatelysharp #tattooedgirlslover_id 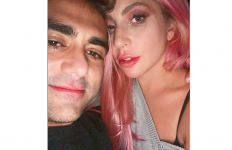 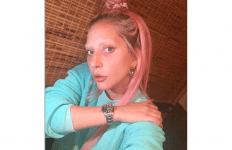 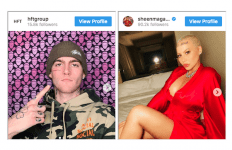 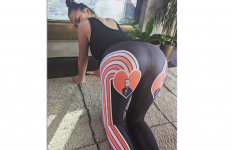