Fort Wayne police say a veteran officer who was decorated for bravery is at the center of this week’s deadly officer-involved shooting. Commanders yesterday said that Officer Christopher Hawthorne shot 26-year-old Shaquille Kelly after a brief chase on Wednesday. Kelly died of his wounds. Hawthorne was given two commendations by Fort Wayne Police back in 2016. He also shot and killed a man in another officer-involved shooting that same year. Prosecutors say he was justified.

The Allen County Coroner’s Office released the following later on Wednesday regarding the death of the suspect in the chase:
“The next of kin has been notified and autopsy has been completed on Shaquille I. Kelly, male black, 26 years of age, from Fort Wayne, Indiana. Shaquille I. Kelly was involved in a police pursuit which resulted in the vehicle crashing into a house located in the 3600 block of Oliver Street.
Upon securing the vehicle and crash site, Shaquille I. Kelly was found suffering from gunshot wound(s) and was pronounced dead at the scene.
The Cause of Death has been determined to be Gunshot Wound(s) of the Chest and Manner of Death is Homicide. Shaquille I. Kelly is the 8th homicide in Allen County for 2019.
This incident remains under investigation by the Fort Wayne Police Department, the Indiana State Police, the Allen County Prosecuting Attorney’s Office and the Allen County Coroner’s Office.”

FORT WAYNE, Ind. (ADAMS) – The Fort Wayne Police Department says that a shot was fired after a chase that ended with a vehicle crashing into a vacant home and one suspect dead.

FWPD officials say that officers were patrolling the area of Reed Street and Baxter Street when they heard shots fired in the vicinity of that location. Officers attempted to conduct a traffic stop on a vehicle that was in the immediate area. The vehicle fled from officers and a vehicle pursuit began. A short time after the vehicle pursuit started the suspect vehicle crashed into what appeared to be a vacant house in the area of 3600 Oliver Street.

During this incident, at least one shot was fired. The suspect was pronounced dead at the scene. Cause of death will be determined by the Allen County Coroner’s Office. No officers were injured. 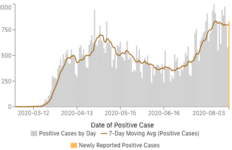 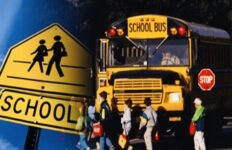 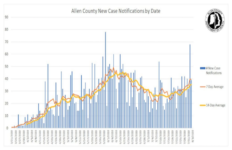