It’s never been easier to get out of work.  Just claim you have a one-degree fever, and no questions asked.  So, this MIGHT have been overkill . . .

A 36-year-old construction worker in Florida named Richard Hamilton didn’t want to work last Thursday.  But instead of calling in sick, he called in a BOMB THREAT.

It sounds like he was already on site, doing construction at a water treatment plant near West Palm Beach.  And he wanted to go home.

So, he called in the bomb threat, and about 20 people had to be evacuated.

The cops must have traced the call because they questioned him and he claimed he’d lost his phone.  But he fessed up after they searched his car.

While they qualify as a stupid criminal, surely their loved ones would still want them on the right side of a jail cell.

If you are ever in that situation – America Bonding is there 24/7.

Serving Indiana, Ohio, and Michigan with an A+ rating from the BBB. 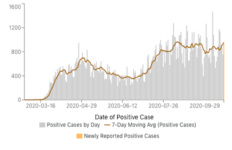 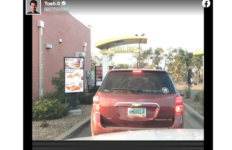 A Woman at McDonald’s with a “HMBRGLR” Plate Goes Viral→

What Counts as “Being in a Relationship”?→