RICHMOND, Ind. (ADAMS) – A trial date is set for the man accused of shooting a Richmond police officer.

Officer Seara Burton was shot in the head during an August 10th traffic stop.She died of her injuries more than five weeks later.

Phillip Lee is charged with attempted murder, unlawful possession of a firearm by a serious violent felon and several drug charges.

A jury trial for Lee is expected to begin on December 27th.

RICHMOND, Ind. (ADAMS) – Fallen officer Seara Burton is now laid to rest. The 28-year-old Richmond K-9 officer was shot during a traffic stop in August and died in hospice on September 18th.

Her funeral was held Monday at Richmond High School. A procession then took Burton to Crown Hill Cemetery, where a burial ceremony was held.

INDIANAPOLIS, Ind. (ADAMS) – Flags will fly lower today in honor of the Richmond police officer shot in the line of duty.
Officer Seara Burton’s funeral is today, she will be laid to rest in Crown Hill Cemetery in an area reserved for police officers.
She was shot during a traffic stop back in August. She died of her wounds earlier this month.
The governor has ordered flags to fly at half staff from sun-up until sundown.
Read more here

RICHMOND, Ind. (ADAMS) -The funeral for fallen Richmond Officer Seara Burton’s will start with a public memorial at her Richmond high school and end with her burial in Indianapolis.

Burton’s family announced plans for her funeral. The public memorial will begin at 11 a.m. Monday morning in Richmond.

She will then be taken to Crown Hill Cemetery in Indianapolis, where she will be laid to rest in the section dedicated to public safety heroes. Burton died Sunday, a little more than a month after she was shot in the head during a traffic stop in early August.

Richmond, Indiana – The Richmond Police Department is providing the following information for the visitation and funeral services in honor of Officer Seara Burton.

The funeral will be Monday, September 26, 2022, at 11:00 a.m. at Richmond High School (Tiernan Center), 380 Hub Etchison Parkway, Richmond, Indiana 47374. Any police officers planning to attend are asked to begin arriving at 8:30 a.m. At the conclusion of the funeral, Officer Burton will be escorted to Crown Hill Cemetery for internment, 700 38th Street, Indianapolis, Indiana 46208.

More information about procession routes will be released in the near future.

*All times times indicated in the above press release are Eastern Standard Time (EST).

RICHMOND, Ind. (ADAMS) – A Richmond, Indiana police officer who was cared for at Miami Valley Hospital has died.

Burton remained in critical condition since August tenth after being shot in the head during a traffic stop. Suspect Phillip Lee has been charged with three counts of attempted murder, with further charges possible now that Officer Burton has passed.’

RICHMOND, Ind. (ADAMS) – A police officer shot during a traffic stop is being moved to hospice.

Richmond Officer Seara Burton was taken off life support Thursday after her injuries were determined to be unrecoverable.

On Saturday, she was moved from the hospital in Dayton, Ohio to a hospice facility in the Richmond area.

Phillip Lee is being held on attempted murder charges in connection to the August 10th shooting.

RICHMOND, Ind. (ADAMS) – A police officer critically injured in a shooting will be taken off life support today.

Richmond officer Seara Burton was shot during a traffic stop on August 10th and taken to a hospital in Dayton, Ohio in extremely critical condition.

Police are now sharing that Burton’s injuries have been determined to be unrecoverable.

Her organs will be donated and final arrangements will be announced in the coming days.

WAYNE CO., Ind. (ADAMS) – The Wayne County community is raising funds for an officer in critical condition after a shooting. Richmond Officer Seara Burton was shot during a traffic stop Wednesday. She was airlifted to a hospital in Dayton, Ohio, where she is still in critical condition after undergoing surgery. A golf scramble was held at Highland Lake Golf Course Sunday after a prayer vigil for Burton was held Friday evening.

Meanwhile, the fiancée of the wounded Richmond police officer is speaking out. Sierra Neal is Officer Seara Burton’sfiancée. She took to Facebook yesterday to thank everyone for their prayers and support for Burton. She did not offer an update on Burton’s condition, but said she is the ‘strongest person I know,’ and said Burton proves that everyday.

RICHMOND, Ind. (ADAMS) -The suspect in the shooting of a Richmond police officer has a 30-year criminal history and reportedly didn’t want to go back to prison.

Police have identified him as 47-year-old Phillip Lee. Court records show he’s been in and out of jail and prison since he was 17, and has been declared a habitual offender.

His sister told an Indianapolis TV station that Lee was recently smoking meth and said he wasn’t going back to prison. Richmond Police say Lee shot Officer Seara Burton during a traffic stop Wednesday night. She’s continuing to fight for her life.

Officer Seara Burton was airlifted to a hospital in Dayton, Ohio and remains in critical condition. Officials say she has undergone surgery but is still fighting for her life.

RICHMOND, Ind. (ADAMS) – A Richmond police officer is seriously injured after being shot while on duty. I happened near 12th Street and C Street on Wednesday evening.

Richmond Police K-9 Officer Seara Burton responded to a call from other officers to assist with a traffic stop. Police say a suspect being pursued by police went into a home, came out with a loaded firearm, and shot the officer.

The suspect was also taken to the hospital. Officer Burton was flown to Miami Valley Hospital in Dayton, Ohio for treatment.

At the request of Chief Michael Britt of the Richmond Police Department, the Indiana State Police is investigating an officer-involved shooting that left a Richmond Police Officer in very critical condition. This evening at approximately 6:30 p.m.

Richmond Police K-9 Officer Seara Burton responded to a call from other officers to assist with a traffic stop in the area of North 12th Street and C Street. Officer Burton located the vehicle, which was a moped being ridden by an adult male, and made a traffic stop at that location. During the traffic stop, Officer Burton’s K9 partner Brev was used to conduct an open-air sniff around the moped and indicated the possible presence of narcotics. 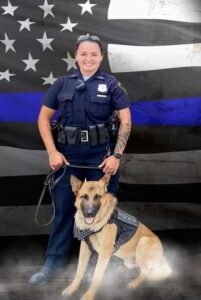 The suspect was identified as 47-year-old, Phillip M. Lee of Richmond. While officers were speaking with Lee he allegedly pulled out a firearm and shot several rounds toward officers. Officer Burton was struck by the gunfire. Other officers on the scene returned fire and Lee fled on foot.

After a brief foot chase, Lee was apprehended. He was treated for gunshot wounds by the officers and later transported by ambulance to Reid Hospital in Richmond.

28-year year old, Officer Burton was transported by ambulance to a local hospital and later airlifted to a hospital in Dayton Ohio where she was listed in very critical condition. She has served with Richmond Police Department for four years.

The suspect in custody has been arrested on probable cause, the Wayne County Prosecutor will determine actual criminal charges upon review of the case.

*All charges listed are merely accusations at this point. All criminal defendants are to be presumed innocent until proven guilty in a court of law.

There is no further information to release at this time. 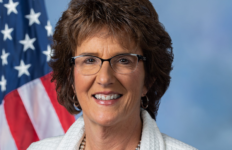 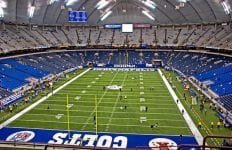 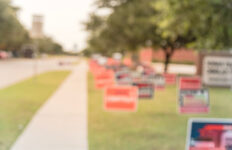