The restriction, which would have gone into effect today, would have criminalized all forms of panhandling on sidewalks.

The law would have made panhandling a Class C misdemeanor.  It is on hold for now after the court found it to be “an unconstitutional prohibition on the freedom of speech.” 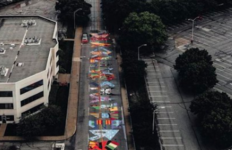