ISP officials say that at approximately 3:15 p.m., the Indiana State Police responded to a multi-vehicle crash on I-69 near mile marker 332, which is approximately 3 miles north of Auburn. A plainclothes ISP detective came upon the crash as it happened, and was able to immediately summons emergency medical personal, fire-rescue personnel, and a Parkview Samaritan helicopter to the scene.

The crash, involving two semi-tractor/trailers and five-passenger vehicles, required rescue crews from Auburn & Waterloo Fire Departments to extricate two critically injured passengers from a GMC Acadia SUV, with all five occupants of that vehicle being either flown or transported by ambulance to Parkview Regional Medical Center in Fort Wayne. Unfortunately, the two adult passengers that were extricated later succumbed to their injuries and died at the hospital. The other three occupants of the GMC Acadia suffered what were reported as minor injuries. Also as a result of the crash, an adult male driver of a Mazda passenger car sustained fatal injuries and was pronounced dead at the scene by the DeKalb County Coroner.

Trooper Adam Kitson’s preliminary crash investigation revealed that at the time of the crash, the northbound I-69 traffic had slowed or stopped due to roadway construction delays up ahead near the 334mm Waterloo exit. A red 2007 Kenworth semi-tractor/trailer driven by James Crager, 70, of Angola, Indiana was approaching the slowed traffic at a high rate of speed. Crager failed to slow or take evasive action to avoid the congested traffic, which led to a catastrophic chain of events.

Crash reconstruction investigators from the Indiana State Police were summoned to the scene, and the crash remains under investigation at this time. Crash investigations of this nature involve extensive investigation and often take a great deal of time to secure all the evidence and facts surrounding the causal factors and circumstances. Once the crash reconstruction investigators have concluded their work, a full report will be turned over to the DeKalb County Prosecutors Office for review and determination of any criminal charges that may result.

UPDATE: The following information is being provided as an update to the previously released information from yesterday’s multi-vehicle fatal crash in DeKalb County.

In cooperation with the DeKalb County Coroner’s office, all notifications have been made to the respective families of the three persons killed in yesterday’s crash. The deceased are identified as:

William Charles Heil, 65, Angola, IN. Mr. Heil was the driver of the 2020 Mazda passenger car. He succumbed to his injuries and was pronounced deceased at the scene.

Dale Eugene Lowe, 81, and his wife, Jean Elsie Lowe, 72, Charlotte, MI, both were passengers in the GMC Acadia, and both succumbed to their injuries after being transported to the hospital in Fort Wayne.

Also, to identify the other drivers and passengers involved during the incident, the following information is being arranged in the order in which vehicles were involved. 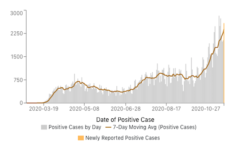 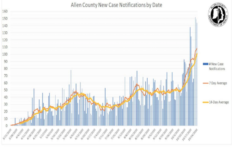 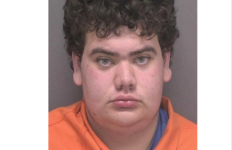 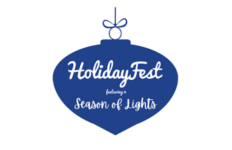 Night of Lights canceled due to COVID resrictions→