COLUMBUS (ADAMS) – The Ohio State Highway Patrol is reporting 12 deaths on Ohio’s roadways during the 2019 Memorial Day weekend according to provisional statistics. In 2018, there were 18 traffic deaths during the Memorial Day weekend. Three of this year’s fatalities were the result of not wearing a safety belt when available, two were pedestrians, one was OVI-related and one was not wearing a helmet. The four-day reporting period began Friday, May 24 and ran through Monday, May 27.

“We thank everyone who slowed down, buckled up and designated sober drivers this weekend,” said Colonel Richard S. Fambro, Patrol superintendent. “We ask that you continue do so each time you get behind the wheel.”

Year to date, there have been 387 confirmed fatalities on Ohio’s roads; a 1 percent increase over the same time last year. Roadway safety is a shared responsibility; everyone can contribute to making our roadways safer by following traffic laws, wearing safety belts and driving sober.

You can help contribute to a safer Ohio by calling #677 to report drug activity and dangerous or impaired driving.

Southeast side home damaged by fire→ 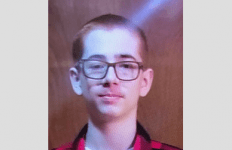