FORT WAYNE, Ind. (ADAMS) – Converting an old state highway to meet the needs of a changing corridor filled with homes, schools and businesses has earned Coldwater Road the distinction of Project of the Year honors for 2018 by the Indiana Chapter of the American Public Works Association (APWA). The award was presented at a dinner last week in Indianapolis. West Lafayette was a co-winner, for its $120 million State Street Redevelopment project partially funded by Purdue University.

“The area has changed tremendously through the years, yet the road still had the look and feel of a state highway, even though it had nearly a hundred businesses, residential subdivisions and schools. Pedestrians were using the area more to connect to these locations and to access the public transportation connections. The increased congestion resulted in an increase in accidents. The accident rate had grown to more than 120 per year on this stretch of road,” said Shan Gunawardena, Director of the Public Works Division. “In addition to the congestion, the road surface needed repair, and so we saw an opportunity to make Coldwater Road an attractive urban street as opposed to a state highway.”

While the east side of Coldwater Road, between Coliseum and Washington Center, known as Northcrest, became part of the City in 1953, sections on the west side were not part of the City until 1968 and 1971. Residential growth came first to the east, and business growth occurred in areas closer to Coliseum in the mid-1970s and further on the east side throughout the 1980s. The opening of the Coldwater Crossing Shopping Center in 1989 continued development in the 1990s and soon the entire corridor was filled-in. Steady vehicle traffic growth has occurred – to the current 27,000 vehicles per day.

Details of the Coldwater Project

· Improvements for motorists include new left-turn lanes with an improved line-of-sight for drivers and removal of the center turn lane where not needed.

· Converted timed turn arrows to flashing turn arrows while thru lanes are green, reducing idling and back-ups at turn lanes

· Refuge islands at the midpoint of the crossing

· Trees and landscaping in the center and turn lane medians

· More green space and landscaping outside of the sidewalk area 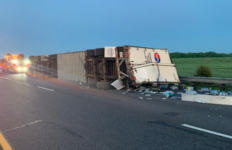 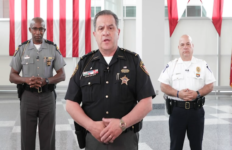 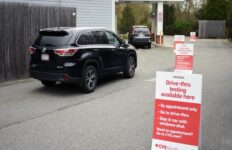