DECATUR, Ind. (ADAMS) – Indiana State Police say that a man from Berne is behind bars on child pornography charges.

Gabriel Krochkow, 18, of Berne, was stopped by Trooper Repass for an observed speeding violation on US27 in Decatur. During the course of the traffic stop, a consensual search of Krochkow’s vehicle ultimately led to the discovery of material that was pornographic in nature, which led Repass to take more in depth investigative measures.

Krochkow was transported to the Adams County Sheriff’s department for further questioning. Indiana State Police officials say that at the conclusion of the investigation, enough information had been established to substantiate the arrest of Kruchkow on preliminary charges related to the possession of child pornography.

Kruchkow was placed under arrest and booked into custody of the Adams County jail, where he was to be held pending an initial hearing on the matter.

Arrested: Gabriel Kruchkow, 18, of Berne, IN

ISP officials added, “Although an arrest was made in this case, this is considered an active investigation that may develop further. As such, there is no further information to release at this time, so as not to compromise future investigative leads.”

Anyone having any information related to cyber-crimes against children are encouraged to contact their local law enforcement agency or visit the NCMEC website. 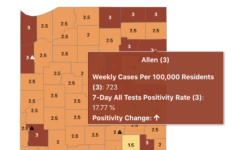 Coronavirus in Allen County: In the “red” – seven new deaths→

Indiana State Police: Buckle up and designate a sober driver→ 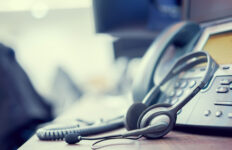